In May 2019, the so-called “Kampuzo” operation was made public, in which “Guardia Civil” agents, for the first time in Europe, physically intervened two Bitcoins ATMs, although the agents indicated in its press release that its “proprietary companies are outside the investigations”. But despite this, the truth is that they have remained for an undetermined time, presumably years, without their ATMs and it would not have been surprising if they had put those responsible for the ATMs under the same umbrella as the criminals detained. The operation was related to drug trafficking crimes, spiced up as usual in these cases with other crimes such as criminal organization and the increasingly present money laundering….

More in the Spanish version of the article. 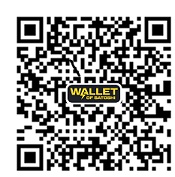 @Yazanator Does anyone have the song's original video that was at https://t.co/P70ZR4zQr6 ?